Review and report: Chicago-based chamber ensemble Civitas pursues mission of music for outreach and healing in a May flurry of activity that includes the celebrated cellist Yo-Yo Ma.

It was easy to pick a favorite work on a recent chamber music program of the Chicago-based quartet Civitas at the Merit School of Music.

Hands down it was Mozart’s Grand Quintetto, an arrangement of the so-called Gran Partita, a famous serenade that Mozart probably wrote around 1782.

In a characteristic performance radiating Civitas’ joyful vigor, a happy blend of virtuosity and camaraderie, the performers offered Mozart’s grand serenade movements — each one a musical gem — in alternation with lively, ribald letters of the 26-year-old composer. Those to his father were customarily signed with pledges of abiding obedience even as Mozart was up to passionate mischief.

Civitas sprang to life from a collective sense of community need, and its concerts are as likely to take place at Lurie Children’s Hospital as they are on a concert stage. That focus perhaps helps to explain the particular warmth and humor of the group’s programming sensibility.

The Merit concert began with John Mackey’s “Breakdown Tango,” an irresistible spirit lifter, and it also featured nine miniatures written in 2001 by American composer Ned Rorem. Among the latter’s charms were a clever scamper called “Hide and Seek” and the uneasy solitude of “Waiting to Get Well.”

Two of Civitas’ founding members have experience in “waiting to get well.” They have spent their own time in hospital rooms. Clarinetist J. Lawrie Bloom is a cancer survivor, and so is violinist Yuan-Qing Yu’s 10-year-old son. Both are also members of the Chicago Symphony Orchestra.

The CSO was just back from a tour when assistant concertmaster Yu got a call from her husband at the doctor’s office, where their boy, then five and a half years old, had been taken, feeling lethargic.

“In less than 12 hours our son was in the hospital and in less than 24 hours he started chemo,” said the violinist. The diagnosis was leukemia. “We didn’t have time for shock.”

Thus began a series of hospital waiting room visits for Yu, while her son awaited treatments. “The kids would be at the game stations, playing with the Wii games. But the parents were not talking,” she recalled.

Knowing that there is nothing more solitary than to be alone in a group, she consulted with Bloom about her idea that “music could be a starting point to help people open up a bit.”

Bloom was onboard immediately. “For me, the impetus was very personal,” he said. “You’re looking for ways to give back, because you are appreciative of still being here. 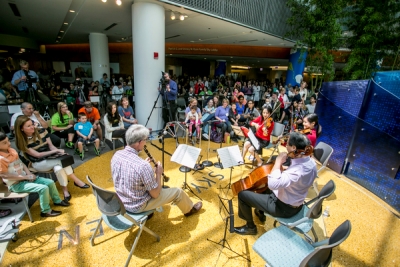 “We are aware at Lurie that not only are we trying to bring some joy and interest to the kids in treatment at any given time, but also to the volunteers and nurses and doctors who are working so hard to help the kids. For us, it’s an honor.”

The Civitas performing core includes pianist Winston Choi, who heads the piano department at Roosevelt University, and CSO assistant principal cello Kenneth Olsen. Last year Yo-Yo Ma joined the advisory board at Yu’s request. “Yo-Yo is very aware as a person of society’s needs,” she said. “He believes that we are not only musicians but human beings first, and that part is very significant for him.” 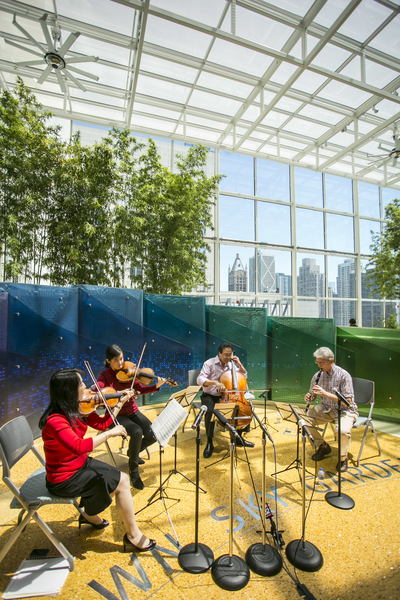 Ma joined Civitas to perform at Lurie’s Sky Crown Lobby and Garden on May 14. The sunny hospital area is an 11th floor retreat for young patients, family and staff, with a translucent interactive light wall that weaves through the space and serves as an inviting place to gather.

No matter what the people at the hospital may have been going through, this concert would have definitely worked to lift their spirits and provide them with a sense of community and connection; all of it contributing immensely to the patient experience and aiding in their healing journey. What a patient experiences throughout their stint at the hospital can have a profound effect on how their bodies respond to the treatments, and often, can help with mental and emotional well-being. Understanding more about this through a helpful post or two, could be beneficial to hospital management in deciding what sort of energy they want in their hospitals.

“We kept it very casual,” said Yu. For a piece with a fairy tale story line, Ma served as animated narrator. “He was fantastic — I joked with him that his Sesame Street days were coming back.”

Some of the children at the gathering were hooked up to drip lines, some had body braces, others wore masks to protect their fragile immune systems. Staff members wandered in and out on their way to the cafeteria. Said Yu: “We moved around and chatted. We didn’t want to make it like a formal concert.”

Ma is the CSO’s creative consultant and the headliner for its Citizen Musician project, which shares Civitas’ goals. His position is underwritten by Judson and Joyce Green, and it was at their home that Bloom remembers beginning to play chamber music occasionally with Ma in collegial get-togethers:

“I think Yo-Yo’s idea, as he enunciated it, was, ‘Do you remember when we had time to do this? When we were all in school? When we wondered how that piece goes, and then we would get together and read it? Let’s do that.’ ”

Sustaining that joy through chamber music is key for most musicians in the CSO, said Bloom: “Nothing can compare to the sound of a full orchestra, and that’s a wonderful experience, but you’re following a conductor. In chamber music, it’s all up to you. It’s very freeing and satisfying.” 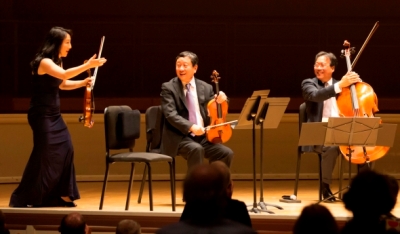 The day after their performance at Lurie, Bloom joined Ma, Yu and 10 other CSO colleagues onstage at Orchestra Hall, to perform an off-the-wall program that included Bach’s Two-Part Inventions in 15 different instrumental groupings. You had to be there for Bloom’s bass clarinet confab with flute, english horn and bass trombone.

Yu thrives on the casual feel of such concerts, no matter who the audience is: “The last thing we want to be is stodgy. To get people to come to concerts is one thing. To be able to talk to them and get feedback afterwards is truly wonderful. ” 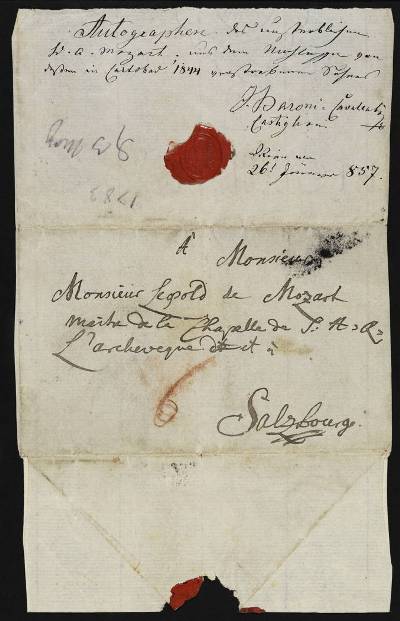 Indeed, it was a pleasure to hear how Mozart’s 230-year-old letters provided comic relief to Civitas listeners in 2013. Velvet-voiced actor John Jenkins used the pauses between movements to read passages from Mozart’s hand, detailing his pop star distractions and spendthrift ways even as we know music was pouring from him in glorious quantity.

The letters are a delight, and the breaks between movements provided a graceful respite from pure genius of the Amadeus kind — his serenade is so unrelentingly beautiful it’s almost too much to take in without becoming overwhelmed.

Civitas is commissioning two young Chicago-based composers to write works for next season — Alex Stephenson and Chen Yao. And Yu said Civitas wants to join together with groups in different areas of performing arts in search of mutual delight: “The next time we do the Mackey ‘Breakdown Tango,’ we want to have dancers.” 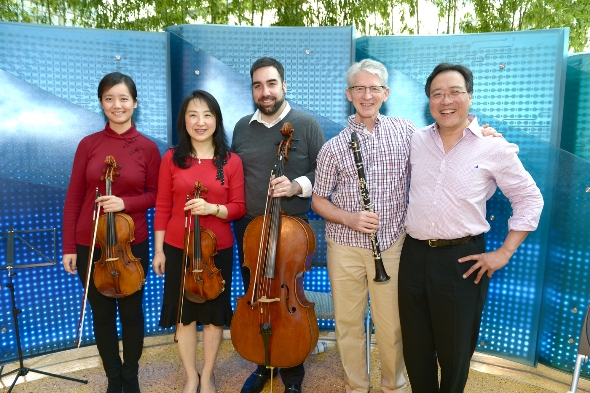