After the third encore in pianist Evgeny Kissin’s recital Sunday afternoon at Orchestra Hall, the hundreds of listeners still on hand switched into an insistent, stentorian applause. The Russian virtuoso came through with one last bonus, a thundering roll through Chopin’s Prelude in D minor, Op. 28, No. 24; and with that, another phenomenal exhibition was over. 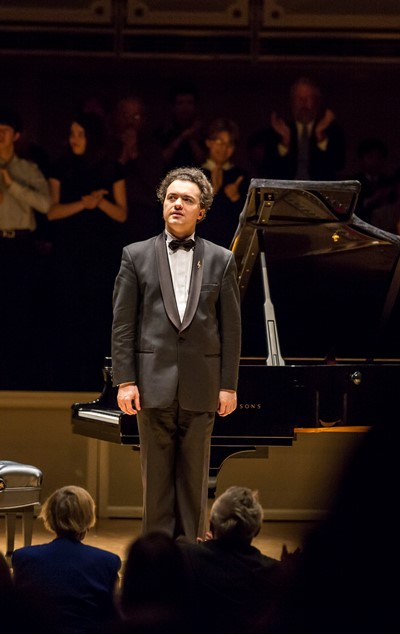 Kissin puts one much in mind of the pianistic lions of a half-century ago, when the likes of Horowitz and Rubinstein drew sold-out houses – crazily enthusiastic audiences that would have stuck it out till the next sunrise if their idol had kept on playing.

Today’s piano connoisseurs seem to adore Kissin that way, and I’ve always had the impression he loves them right back. Whether he’s the greatest pianist of our time is unimportant. He’s certainly among the elite and has been for a long time. More to the point, Kissin is a pianist’s pianist, a complete musician equipped with limitless technique that’s always applied in the service of an unfailing musical sensibility.

And he comes to play. A few seasons back, I heard him at Carnegie Hall when he capped off a recital with a solid hour of encores. Those of us still hanging around at 11 p.m. – and again, there were many – floated out onto 57th Street in a very happy state of mind. The truth is, after his printed program at Carnegie, and after this formidable recital at Orchestra Hall, Kissin didn’t owe anybody anything. But he’s a rock star for a reason. It’s a high intensity give and take between Kissin and his fans.

One might have gone home content after the first half of Sunday’s program: Haydn’s late Sonata in E-flat Major and Beethoven’s Sonata No. 32 in C minor, Op. 111. 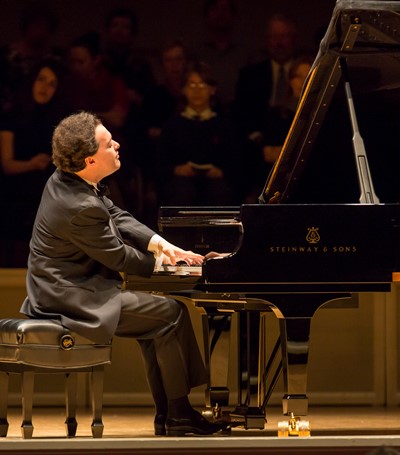 Over its three-movement span, Haydn’s finely crafted, grandly structured sonata evolves from an opening episode of shadowed merriment (one thinks of Mozart) through a rigorous chapter of perhaps uncharacteristic darkness (anticipating both Beethoven and Schubert) to a finale of high-spirited wit that is Haydnesque through and through. While Kissin made elegant work of the outer movements, it was his concentrated, serious exploration of the sonata’s emotionally convoluted center that elevated the experience to the profound and memorable.

Haydn also provided a stylistic and psychological ramp-up to Beethoven’s complex Sonata in C Minor, Op. 111. His last work in the form, Op. 111 consists of just two movements but packs into them a Darwinian compendium on the sonata as a species. The first movement is a free adaptation of classical sonata form, the second an arc of variations on a lyrical theme that swings from transcendent to something very like boogie-woogie.

Here Kissin displayed the fullness of his pianistic breeding and cultivation. In the sweeping first movement, his apt tempos and command of the big structural blueprint allowed for excursions of mood and freedom of rhythm without losing continuity. The variations felt like Kissin was improvising on the spot, which is to say one grasped Beethoven’s own artistic will and genius: an outwardly careening sequence of ideas held forcibly together by an internal necessity. It was a bravura performance, in the most embracing sense of the word. 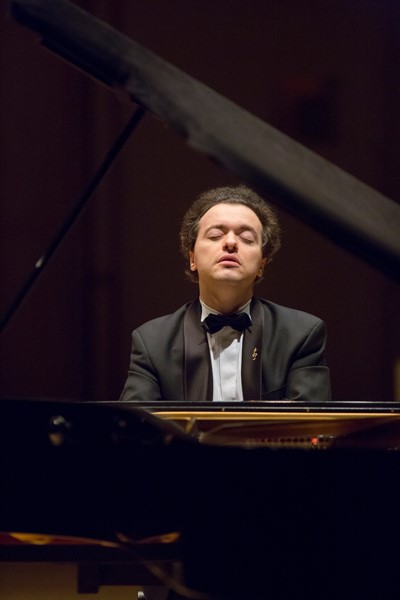 Speaking of improv at the source, Kissin opened the recital’s second half with four Schubert Impromptus, those sublime flights of pianistic fancy in which the composer’s miraculous gift for song is bundled in a profusion of unexpected harmonies, rhythms and colors. After the storm of Beethoven, Kissin made luminous work of these soulful contemplations. Yet, another tumult lay just ahead.

Kissin closed the formal portion of his program with a double back-flip of virtuosity — a glittering tear through Liszt’s Hungarian Rhapsody No. 12 in C-sharp Minor. To invoke a rather technical phrase from the back of the critic’s thesaurus, he absolutely killed the piece.

But of course, he wasn’t done. No way would his roaring acolytes allow that. Bear in mind that not only were the regular house seats – including those at the rear of the stage — jam packed, but additional chairs also had been set up on the risers where the Chicago Symphony musicians are normally arrayed. Those were filled as well, and scarcely anyone showed much inclination to depart after the Liszt.

So Kissin played an arrangement of Gluck’s tender “Dance of the Blessed Spirits” from “Orfeo ed Euridice,” then Liszt’s Transcendental Etude in F Minor, followed by Liszt’s arrangement of Schubert’s song “Die Forelle” (The Trout) and finally, upon sufficient coaxing, the Chopin Prelude. And then he stopped. The last, most faithful holdouts finally ended their applause and exited — amid a general murmur of contentment.