Preview: The young actor heads national touring cast of the musical opening April 3 at the Cadillac Palace Theatre. Presented by Broadway in Chicago, the show runs through April 14.

There’s a connection you can’t miss between actor Stephen Anthony, recently graduated from Florida State University, and the con artist Frank Abagnale, Jr., whom he plays in the national touring production of “Catch Me If You Can” that opens April 3 at the Cadillac Palace Theatre. They both bounce around the country, never staying long in one place, pretending to be somebody they aren’t and oozing charm all the way. 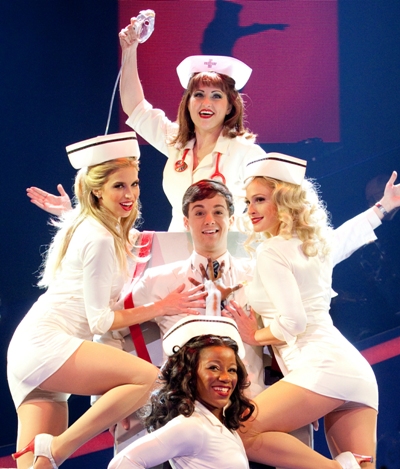 Anthony exuded youthful energy and open-hearted enthusiasm as he reflected on what made the real-life Frank Abnagale, Jr., tick and how the legendary con man could make just about anyone believe he was whatever he wanted to be. The musical “Catch Me If You Can,” which opened on Broadway in 2011 and received four Tony Award nominations, is based on the 2003 film, which in turn was based on the real-life Abnagale’s 1980 autobiography.

“He wasn’t a genius mastermind who was always plotting stuff,” says Anthony, who’s loving his high-profile role, his very first gig since graduating from FSU a year ago. “Frank just enjoyed messing with people. He loved the adrenaline rush of seeing how far you could take a con in the moment. He learns from his father that people only know what you tell them. If you look at the part and and give them no reason to question, why would they?

“The show is so funny because all his duping is so well written. You see how Frank was so likable, really humble and down to earth. He was a charmer, not a snake – just a kid having fun. There’s a great scene in Act I, when I’ve sort of made an FBI agent look like a fool, so I call him a few weeks later to apologize because I feel awful. Basically, this is just a lonely kid who needs a sense of home. People are always telling me after the show, ‘For some reason, we wanted you to get away with it.’” 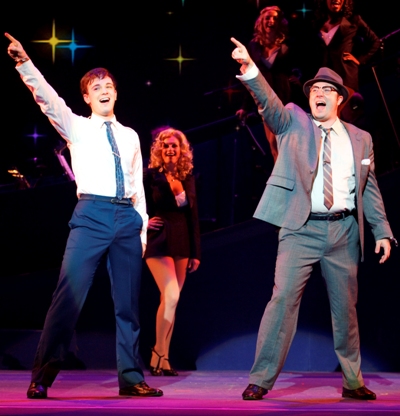 In keeping with Abnagale’s splashy cons, “Catch Me If You Can” is filled with elaborate production numbers decorated with girls, girls, girls. Whether he’s hoodwinking the world as a doctor, an airline pilot or a lawyer, Abnagale’s ploys seem to draw chicks like flies to honey.

“The story is set in the ‘60s, and pilots were like the rock stars of the era,” says Anthony. “It’s cool. I get to be in a glitzy pilot’s uniform in front of a bandstand with 10 girls on my arm. The music is very sexy, and so are the girls.”

That high-powered musical score is the work of Marc Shaiman, who also collaborated with Scott Wittman on the lyrics.

“The music comes in every style – big band, rock, pop, swing,” says Anthony. “It’s a real Rat Pack era sound. But every now and then, it busts out with a classic big-Broadway number.”

So fresh is Anthony from the nurturing environment of college, where he majored in both music and musical theater, that he still carries lesson tapes with him on this tour.

“I play them back when I need a good long warm-up,” says Anthony, who has notched some 150 performances on a trek that has crisscrossed America since opening last September. “It’s been an incredible training ground. I’ve never learned so much about myself, and I couldn’t have imagined how much discipline it takes to do eight shows a week, month after month. But the opportunity has been amazing. I think I’m still in disbelief.”

It isn’t just the glitz that has impressed Anthony about “Catch Me If You Can.”

“The biggest surprise for me every night is, when the story finally slows down, how touching it becomes,” he says. “It’s a runaway train when the curtain goes up, and it doesn’t stop – like a bullet. Then suddenly at the end of the show, this man who has had everything, millions of dollars, any girl he wants, sports cars, is left with nothing.

“And he has to ask himself, ‘Am I going to try to redeem myself or keep on running?’ It’s his personal crisis, and I didn’t really come to grips with it in rehearsal, not until we got in front of a live audience. That’s when I felt what it must have been like to be the human being behind the con.”