The New Season: Once again, Redtwist will assemble shards of Miller’s ‘Broken Glass’

17th in a series of season previews: After two misfires, Redtwist makes a third pass at Miller’s play. Chicago premiere of Blessing’s “Body of Water” and Headland’s “Reverb” on season opening Oct. 14.

Redtwist Theatre’s founding artistic director Michael Colucci  hopes the third time will be the charm as he attempts once again to find a Chicago audience for Arthur Miller’s “Broken Glass” – the launch piece for a 2012-13 season that also spotlights the Chicago premieres of Lee Blessing’s “Body of Water” and Leslye Headland’s “Reverb.” 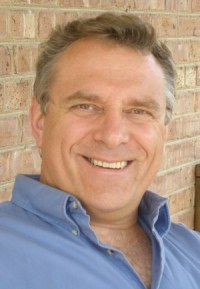 First produced in 1994, and nominated for a Tony Award for best play, “Broken Glass” deals with a mid-life Jewish couple living in Brooklyn in 1938. When news comes of the Nazi pogrom known as Kristallnacht, in which thousands of Jewish homes, businesses and synagogues were pillaged across Germany and Austria with unofficial government sanction, the distraught Brooklyn woman suffers sudden paralysis. A doctor believes the cause to be psychological and begins to explore the woman’s personal issues, revealing a web of circumstance. 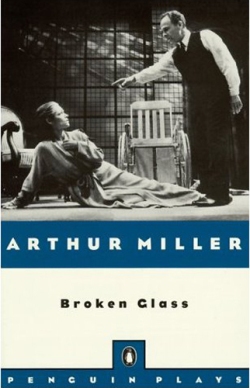 Redtwist, established in 1994, originally produced “Broken Glass” to open its 2001-02 season, just days before the terrorist attacks of 9/11. The show drew little attention. In 2004, Colucci  and company tried again. “But nobody really knew who we were, so nobody came,” he says. “It feels unconsummated. It’s a powerful play, so we’re giving it another shot.” 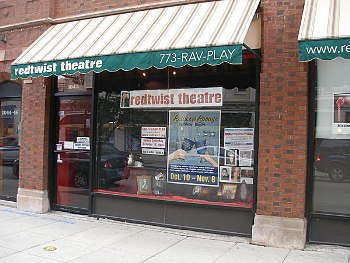 Redtwist Theatre, which began life in 1994 as Actors Workshop Theatre, moved to its present location, at 1044 W. Bryn Mawr in the Bryn Mawr Historic District of Chicago’s Edgewater neighborhood, in 2002.

“We want our patrons to feel they’ve had a unique experience at a Chicago storefront theater,” says Colucci , who proudly notes that the tiny venue’s 40 seats are large, cushioned chairs and that occasionally – as in “Pillowman” during the 2009-10 season – seating capacity gets shrunk to less than 30. “It’s a warm, homey feel.”

Amen to that, says Goodman Theatre associate producer Steve Scott, who directed Redtwist’s opening show each of the last four years and was going to make it five this season with “Broken Glass” until he was sidelined by a foot ailment. (Colucci  and his producing partner and wife Jan Ellen Graves took over to co-direct the show.)

“I do love the space,” says Scott. “It’s so intimate you have a chance to involve each person in the audience almost individually in the action of the play. In a larger house, even with just 200 seats, the viewer can pull back, but at Redtwist there’s no turning away. That can be great fun or, depending on the play, really painful as that small room seems to become even smaller.” 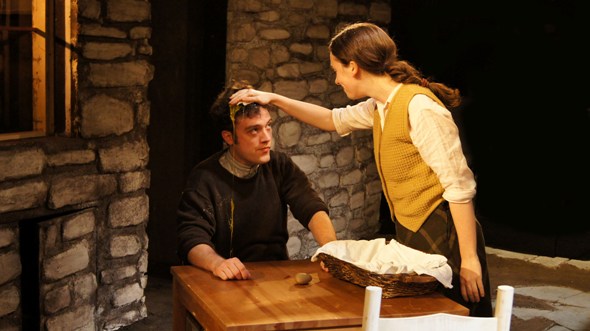