Review: “Ragtime,” based on the novel by E.L. Doctorow, with stage book by Terrence McNally, music by Stephen Flaherty and lyrics by Lynn Ahrens, at the Shaw Festival through Oct. 14. ****

NIAGARA-ON-THE-LAKE, ONTARIO – By now it’s fair to say the canon of great American musicals must include that national coming-of-age epic “Ragtime,” and an affirming production at this year’s Shaw Festival invests the show with a musical flair and dramatic integrity worthy of its Broadway unveiling in 1998. 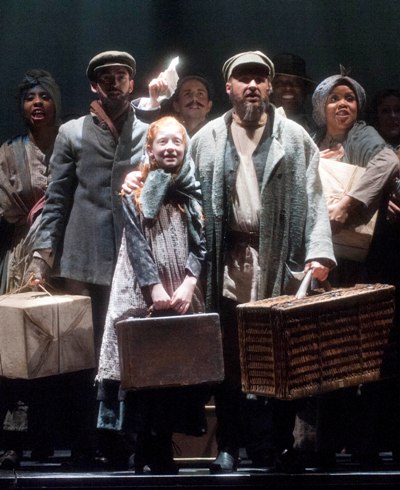 For any Chicago theater buff, Shaw’s bright new production also affords a timely sequel to Steppenwolf’s current staging of E.L. Doctorow’s novel “The March,” set during the Civil War. Both “The March” and “Ragtime,” another Doctorow epic, deal with American history at times of critical transition. In “Ragtime,” it’s the culture-altering influx of European immigrants seeking the American dream at the turn of the 20th century, even as African Americans were struggling for mere acceptance in society.

Like “The March,” adapted by Steppenwolf’s Frank Galati, the musically transfigured story of “Ragtime” – distilled for the stage by Terrence McNally — plays out in the intersecting arcs of individual lives: a wealthy Eastern family, a newly arrived Jewish immigrant who begins with nothing but the rags on his back and his motherless daughter in tow, and a black piano player who has parlayed ragtime music into a successful life of means and dignity. 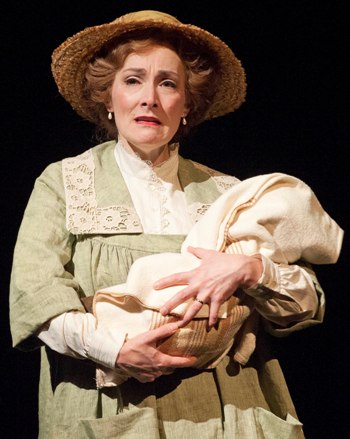 It is indeed the syncopated pulse of ragtime that drives this play and provides its cross-cultural accent. Stephen Flaherty’s evocative music and Lynn Ahrens’ smart lyrics might carry the show’s spinning lines of vision, tragedy and hope with no staging at all. Yet “Ragtime” is great theater, and Shaw’s vibrant production – a directorial tour de force by festival artistic director Jackie Maxwell – takes wing through a combination of Paul Sportelli’s stylish musical direction, Valerie Moore’s imaginative choreography, Sue LePage’s skeletal sets and lavish costumes and Alan Brodie’s caressing light scheme.

Patty Jamieson brings irresistible warmth and understanding to the spirited matriarch of a rich, insular white household that gets drawn into the larger world when she discovers a newborn black child in her flower garden.

Mother (for she has no other name) is a woman in early middle age, accustomed to deferring in all matters of judgment and initiative to her entrepreneur husband — Benedict Campbell, wonderfully importuned as a man’s man whose world is changing. She finds herself pushed into action when her garden revelation occurs while her husband is away on, well, an adventure. Jamieson acquires the form of “new woman” by measured, albeit decisive degrees.

When Mother has also taken in the baby’s unwed mother Sarah (the sympathetic and vocally splendid Alana Hibbert), the stage is set for the child’s father to show up. Coalhouse Walker Jr., pianistic master of the new craze called ragtime and proud owner of a gleaming new Model T Ford, is a sober, principled man who realizes he loves Sarah and tracks her down in Mother’s care. It is the joy and dignity of Thom Allison’s portrayal that make us care so much about him, and which render his grim fate the more tragic.

Meanwhile, the penniless Jew Tateh – played by Jay Turvey with a pride and resolve that outdistance both penury and heartbreak – docks in New York with one purpose: to make a decent life for his daughter. He is an artist. They live in misery as he ekes out a subsistence cutting portrait silhouettes from paper. When he creates a progressive-image “movie book,” his prospects – unlike Coalhouse’s – begin to brighten.

This is the musical beat and social tumult of America in ragtime, a formative moment of transition in the national character. In the slowly swinging urgency of this seductive production, from the defining fluency of the show’s big opening number, music and drama intertwine as each strengthens the other. 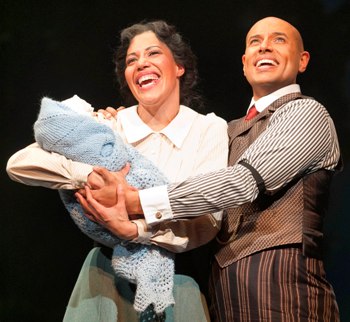 “Ragtime” is a sprawling show, with a large cast scaled to its sweeping ideas. Notable among the secondary characters here: Julie Martell’s airy performance as vaudeville’s girl-on-a-swing Evelyn Nesbit, Kate Hennig’s socialist gadfly Emma Goldman and Aadin Church’s temporizing Booker T. Washington, who will not risk his greater aspirations for black people by standing up for Coalhouse.

While the show certainly has its romantic aspects, the musical numbers balance starry moments like Coalhouse and Sarah’s “Wheels of a Dream” and Mother and Tateh’s “Our Children” with the acerbic commentary of “What a Game” (on the dubious civility of baseball), “The Night That Goldman Spoke at Union Square” (on capitalist abuses) and “Look What You’ve Done” (Booker T. Washington’s angry chiding of Coalhouse for taking the law into his own hands).

Shaw’s engaged production boasts a strong collection of actors who can sing. Indeed, it’s hard to see any need for the occasionally over-amped sound that fractures rather than enhances the music. But that is a modest caveat in a show that so fully attests to “Ragtime’s” place in the first rank of American musicals. 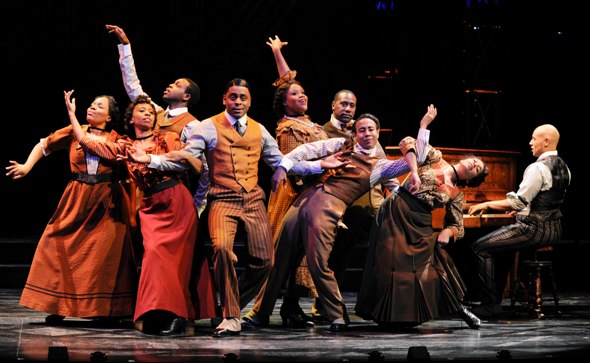 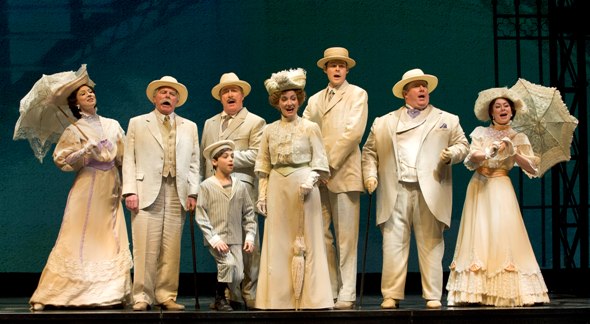 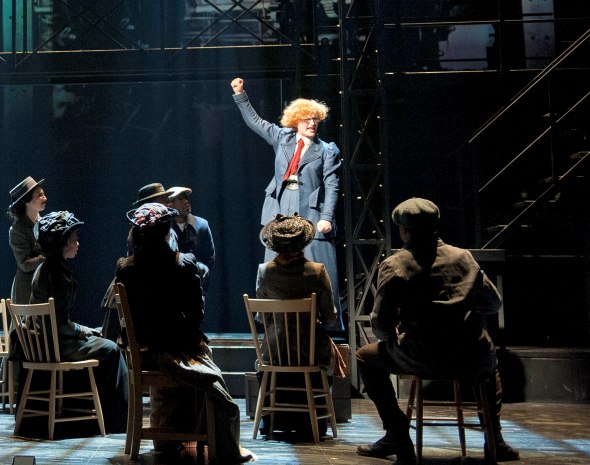 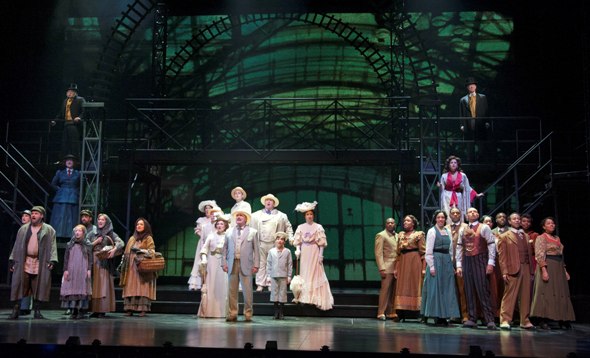