In its more than 25 seasons under conductor Nicholas McGegan’s imaginative and stylishly aware leadership, San Francisco’s Philharmonia Baroque has earned a reputation as one of the world’s top period-instrument ensembles devoted largely to 18th century music. While that badge of merit accurately reflects McGegan’s work, it also bespeaks the thoroughgoing virtuosity of the band’s musicians. 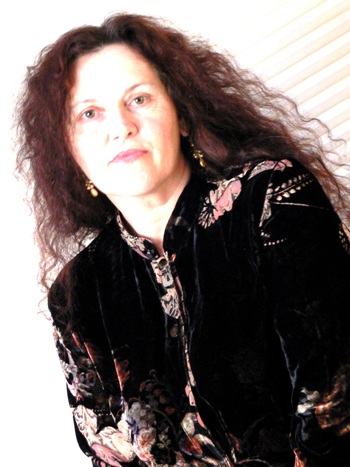 The latest evidence of the Philharmonia Baroque’s desk-to-desk mastery is a CD release of Vivaldi’s “The Four Seasons” – plus three more violin concertos by the Red Priest, as Vivaldi was known – featuring the orchestra’s wizardly concertmaster and all-world Baroque star Elizabeth Blumenstock.

It’s no small marvel to transform the ultra-familiar violin concertos of “I Quattro Stagioni” into a tapestry of spring-like freshness, but the combination of Blumenstock’s pictographic phrasing and buoyant rhythms together with McGegan’s animated musical direction and the orchestra’s razor’s edge ensemble achieves nothing less.

These vivacious performances remind us not only what great fun Vivaldi must have had in evoking tempest and frost, but also just how vividly he applied brush to canvas. And Blumenstock’s perceptive, wondrously articulate performance washes away all sense of routine with which an excess of familiarity has cursed “The Four Seasons” and veiled its authentic splendors. 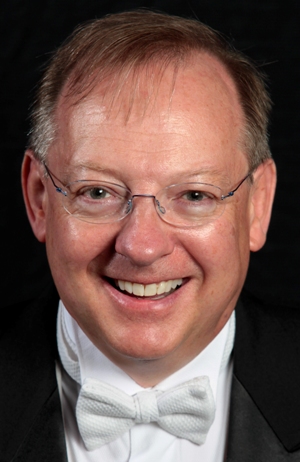 The three additional Vivaldi concertos Blumenstock offers on this CD provide a generous hint at the wealth of great music from his pen that has been obscured by the perdurable charm of “The Four Seasons.” Perhaps it bears noting that two of these splendid concertos also carry titles: “Il favorito” and “L’amoroso.” The third must get by simply as Violin Concerto in B-flat. Yet they are roses, one and all.

On a grander scale, in a separate release, McGegan leads a winning trio of Haydn symphonies, two of which also bear convenient monikers, No. 101 in D major (“The Clock”) and No. 104 in D major (“London”). But for my part, the remaining work has never needed a special tag: Symphony No. 88 in G major, with its sprint-to-the-finish closing movement, has always held its own place in my affections as a perfect instance of Haydn’s wit, elegance and invention.

And those indeed are the cardinal virtues of all three symphonies as they take shape under McGegan’s expansive and affectionate leadership. Just as they capture the warm humor of No. 88, McGegan and his burnished ensemble deliver the majesty of the “London” and the drollery of the “Clock.” All revel in a transparency that sheds full light on Haydn’s impeccable craftsmanship.

The Haydn symphonies were recorded live, one per year in 2007, 2008 and 2009. No doubt that accounts for the free-wheeling spirit that infects all three. In any case, the spacious sound production affords an ideal perspective on evergreen masterpieces that bubble in performances preserved on the spot. 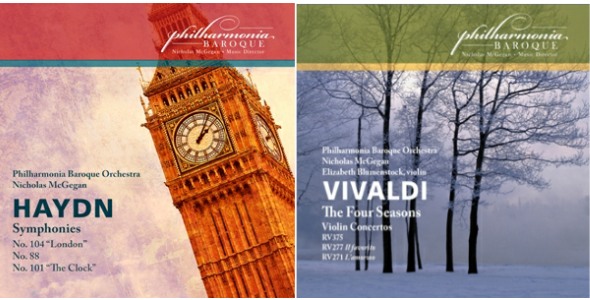