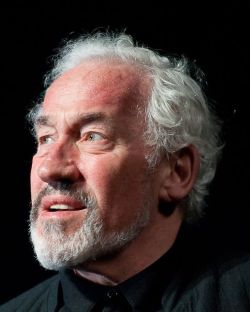 Renowned actor Simon Callow, who is currently appearing in “Being Shakespeare” for the Chicago Shakespeare Theater, has a return gig:

He’ll be back as Beethoven for an all-new “Beyond the Score” theatrical presentation with music director Riccardo Muti and the Chicago Symphony Orchestra to explore  the composer’s iconic Fifth Symphony on June 15 and June 17 at Orchestra Hall.

This won’t be Callow’s first venture at playing a composer. He originated the role of Wolfgang Amadeus Mozart in the 1979 world premiere of Peter Schaffer’s stage play   “Amadeus.” The appearance of Simon Callow is made possible with support from Walter and Karla Goldschmidt Foundation. — Nancy Malitz