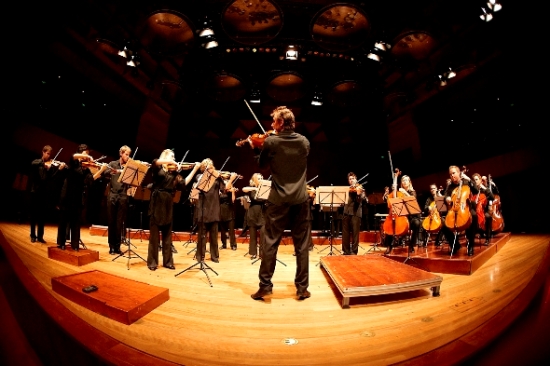 It sounds like a perfect mix of guests for a dinner party, the composers queued up for the Australian Chamber Orchestra’s concert April 15 at Orchestra Hall. George Crumb and Anton Webern will be arriving together, so to speak, along with Schubert and Grieg – and a newcomer whose radical voice should give the affair a good jolt. 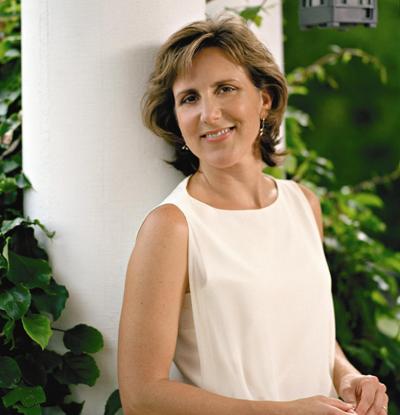 That face fresh to the classical concert scene belongs to a veteran composer (and conductor) from the jazz world, Minnesota native Maria Schneider, whose song-cycle “Winter Morning Walks” was commissioned by soprano Dawn Upshaw, who will be on hand to sing it.

The Australian Chamber Orchestra, founded in 1975, consists of 17 string players who perform under first violinist and conductor Richard Tognetti, who was all of 24 years old when he was handed the reins in 1989. During his tenure, the orchestra has gained an international reputation not only for its virtuosity but also for bold programming that ranges from Beethoven’s Ninth Symphony – with the band pumped up to some 45 players – to the sort of mélange that awaits at Orchestra Hall.

“I’m incredibly curious about exploring repertoire,” says Tognetti by phone from way down under. “And I try to look at a score afresh rather than copying someone else’s approach from the recent past. We get criticized for doing repertoire under-gunned, and for doing arrangements.”

So of course the ACO’s Chicago program will include string arrangements of songs by Schubert (“Der Tod und das Mädchen”) and Schumann (“Mondnacht”) as well as Grieg’s String Quartet in G minor.

“Alternating between Webern and Crumb works very well,” say Tognetti. “Both works are quite condensed and coloristic. What a precise composer Crumb is. I mean he writes with pinpoint accuracy. The drama and the night music in Webern afford striking contrast to the screaming intensity of the electric instruments in Crumb. It’s nail-biting stuff.” 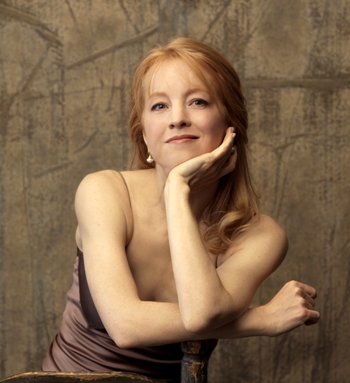 In a more mellow tone is Maria Schneider’s “Winter Morning Walks,” her second work written at the behest of Dawn Upshaw. Their association began when Upshaw began attending performances by Schneider’s highly regarded jazz orchestra and finally asked if this jazz marvel would write something for her to sing – with the St. Paul Chamber Orchestra.

The result was a five-movement suite called “Carlos Drummond Andrade Stories,” which had its premiere at the 2008 Ojai Festival in California.

“I’d never written anything for voice or strings,” says Schneider with a residual ring of amazement still in her voice. “But Dawn was happy with it and asked me to write something else. This time, though, I wanted to work in some improv. It was so strange hearing the same piece sounding exactly the same way three nights in a row. That really bugged me.”

“Winter Morning Walks,” settings of poems by Iowa-born Ted Kooser, winner of the 2005 Pulitzer Prize for poetry, adds a jazz trio of alto saxophone, piano and bass to the string ensemble. While Schneider’s score doesn’t ask Upshaw to deliver licks of scat singing, it does provide spaces for her jazz pals to improvise.

In creating the song-cycles for Upshaw, Schneider wasn’t exactly flying by the seat of her pants. She studied composition at the University of Minnesota, where her teachers included the eminent composer Dominick Argento, until a clash between her lyrical sensibilities and academic pressure to hew the atonal line landed her in the jazz camp.

Tognetti describes Schneider as the natural heir to Copland at his most infectious.

“She has continued the line of his prairie-sweet sentiment,” he says. “Her music is beguilingly American. I can lose myself in it. Rather like Glenn Gould’s reaction to Barbra Streisand: He loved it so much he would burst into laughter. Maria’s music is simply a pleasure to play.”