In a program of Handel arias, Iestyn Davies illuminates Baroque art of the countertenor

Is this love or what?

In a meeting of masters not to be missed, the two early music celebrities have joined together with Chicago’s scrappy and dedicated Baroque Band to offer a heady mix of arias from 18th-century hitmaster Handel, with Bicket conducting from the harpsichord. The songs that Davies sings are all excerpts from Handel’s profusion of operas, cantatas and oratorios — the big show forms of his day.

Their limited run opened March 9 at Hyde Park Union Church and the performances are fortunately spread out. The first repeat is in Evanston’s Nichols Concert Hall on  March 10, and the final concert is not until March 14, in the Loop, at the Grainger Ballroom in the Chicago Symphony’s Orchestra Hall.

I wouldn’t be surprised to find repeat customers in the audience.

What an extraordinary opportunity it is to plunge into this repertoire at a time in our cultural history when one can simply bypass the early music movement’s growing pains. I sat on a pew listening to three completely different arias from the charming opera “Partenope.” Each spoke with an emotional purity and musical ease that collapsed the distance between me and the music’s time of origin as easily as the finest Shakespeare performance.

It has not always been so. As a student I lucked upon a huge library of LPs given to me by a down-sizing collector. It was filled with over-stuffed performances of Baroque operas and oratorios, and fussy interpretations by trail-blazing academics who were trying to decode the lost art of embellishment. (A tricky process, because the art wasn’t generally written on music’s pages, but was more akin to the complex aural jazz tradition.) Most of those recordings I listened to only once.

Except, that is, for anything by countertenor Alfred Deller and his consort. I never heard a single thing of his I didn’t like. Deller’s singing was agile, unconstrained and emotionally pure. The same goes for the performances on this clever program, with Bicket and the Band providing felicitous settings for countertenor Iestyn Davies’ remarkable gems.

Davies’ countertenor range is the same as a female alto, and he achieves this effect by singing with his head voice, or falsetto. It was an eagerly sought voice type in Handel’s time, as was the castrato voice achieved by grotesque means fashionable in the day — castrating a young male singer at the onset of puberty. The range of some castrati climbed high into the female soprano register, but castrati superstars such as Senesino were altos, and thus Davies is able to draw from music that Handel created for both male alto types. 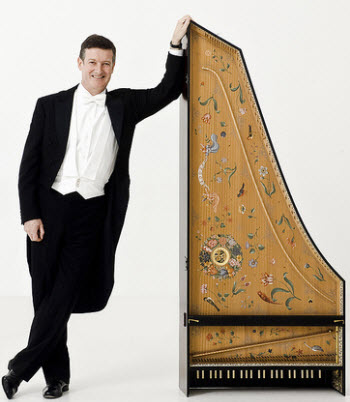 The form of these arias is typically A-B-A. The singer was expected to decorate the musical line, especially in the repeated A section. Davies is flat-out wonderful at this, in large part because the embellishments he chooses are put to the task of intensifying the specific emotion of the aria, rather than ornamentation for its own sake. He’s an amazing coloratura singer who opens out freely at the top of his range, bringing to mind the way Handel uses trumpets to top things off at the peak of glory. But that’s where Davies’ art begins, not where it stops.  The overwhelming impression is one of profound sentiment.

There is no better preparation for this experience than to listen to a select few of these arias ahead of time — to get the form down — and then to hear Davies, Bicket and the Baroque Band have their go. With YouTube a click away, suggestions are probably needless, but a good place to start would be three arias from “Partenope” sung by three different singers — “Ch’io parta” (Philippe Jaroussky) , “Furibondo” (Marilyn Horne) and “Sento amor” (Andreas Scholl)  — which together encapsulate the range of technique and expression required.

If there’s one thing I’d change in Baroque Band’s otherwise friendly presentation, it would be to add to the program handouts some little bit of description for each number. It didn’t help much to have Davies try to do this from the front of the church. The sanctuary’s long sound decay combined with the clipped speech of this fast-talking Brit to make a vocal mush. The countertenor certainly sounded convincing as a speaker. I’m just not sure what he said.

Iestyn Davies interviewed: Check out this Bordeaux Opera feature
Upcoming dates for Davies: Visit the artist’s website
Davies is currently singing a supporting role in “Rinaldo”: Find out more at the Lyric Opera of Chicago
“Rinaldo” reviewed: Read  it at Chicago On the Aisle
Harry Bicket is artistic director of the English Concert: Visit the ensemble’s London website
More about the lure of the castrato voice: View this BBC documentary 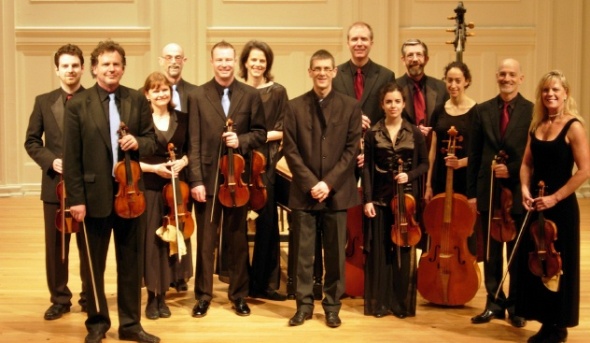