From ‘naughty’ composer, young Baroque troupe gets a nice boost

It’s the phone call all struggling musicians hope for — the announcement of a competition prize complete with recording contract.

For Wayward Sisters, a Baroque ensemble specializing in 17th-century music, the news lit up lines in Chicago, New York, Seattle and Richmond, VA, the four far-flung locales where its four members reside.

The group’s Baroque cellist, Anna Steinhoff, is the Chicagoan. She heard the good news late last month amidst her rounds as freelancer on the modern cello and as a performer in Chicago’s vibrant early music scene. 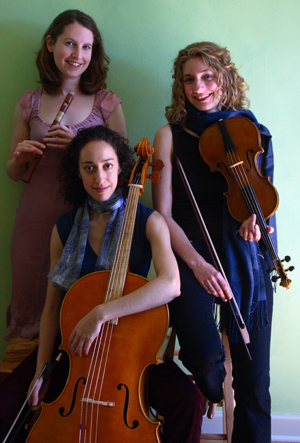 Early Music America, the national service organization for the field of early music, sponsored the competition in cooperation with Naxos, to promote the career development of new and emerging early music ensembles. More than 100 groups applied.

Naxos owner Klaus Heymann pronounced Wayward Sisters’  entry “captivating from beginning to end.” Their selections were from a diverting program-with-attitude they have performed of late: “The Naughty List: Music By Braggarts, Hotheads, Curmudgeons and Snobs.”

The group’s name has some nifty history behind it. “We’re not wayward,” Steinoff wryly notes. “We’re not even all women!” It derives from the 1623 first folio spelling of Shakespeare’s witches, the so-called “weyward” or weird sisters in “Macbeth.” (Purcell’s librettist made it “wayward” in the late 17th-century opera “Dido and Aeneus,” which has a famous conjuring aria for the sorceress: “Wayward sisters, you that fright/The lonely traveller by night…”)

Heymann will focus on one of the composers on the naughty list, the Purcell contemporary Matthew Locke (c.1621-1677). He has been described as disagreeable, vitriolic, ill-tempered, spiteful and “atrabilious” — here’s a link to save you the trouble on that last one.  The list of adjectives comes courtesy of Wayward Sisters’ website.

Temper aside, Locke’s music is pretty good. Wayward Sisters’ Timberlake, who is also the group’s historian and programmer, is currently poring through the composer’s work for broken consort, the early English term that fits the Wayward Sisters’ instrumental mix. She is also looking at the 1677 collection called “Tripla Concordia,” which contains notable Locke trios.

“Locke — one composer in a variety of expressions — this will be good for us,” said Heymann by telephone from Hong Kong. He presides over a sprawling and rapidly changing international music business, where digital recording means discs, downloads and, increasingly, streaming by monthly subscription. 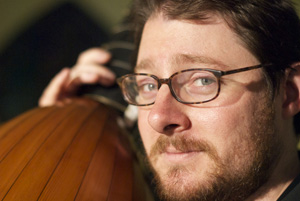 “I put Locke into my search system, and I came up with only about 30 results. Not too many, so that is excellent,” said Heymann. “And some of those results are for larger ensembles, or for harpsichord music — not so much for the mixed consort grouping like Wayward Sisters.”

Thus Heymann senses a ready market: “In England, in particular, it should do well. There is strong interest in composers who were contemporaries of Purcell.”

Once Wayward Sisters has performed the works before a live audience sufficiently to feel solid in matters interpretive and technical, the musicians will converge at a church in the Toronto suburbs that Heymann prefers for its guitar and early music sound. His Toronto recording team — Norbert Kraft and Bonnie Silver — are veterans of such intimate productions.

But Heymann thinks it’s Naxos’ post-recording outlets that provide the real help needed by groups just getting started. “Even if artists can cut a CD themselves, they still need distribution,” he says. “Wayward Sisters will automatically have a digital platform with 350,000 subscribers when you count all the places our music appears like iTunes and eMusic in addition to our own streaming library. ”

The competition buzz is already helping Wayward Sisters, who received requests for demo CDs and concert offers within two hours of the news.  Says Steinhoff: “Insofar as performance opportunities have meant just breaking even financially until now, this is great for us.  There is no real network for connecting artists with the kinds of intimate spaces that are perfect for us to perform in.  We don’t necessarily know where these places are. We want people to know that we really love small churches and house concerts.”