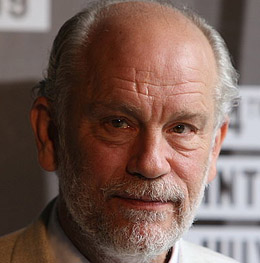 One of the tantalizing treats of the 2010 Luminato Festival in Toronto was a performance by Steppenwolf Theatre founding member John Malkovich as a modern-day Jack the Ripper who has come back from death to make a charmingly creepy case for himself.

Called “The Infernal Comedy: Confessions of a Serial Killer,” the work will be performed exactly once in the Midwest this year — Saturday night in Ann Arbor, MI, presented by the University Musical Society.  (After that, your best bet will be at the Brooklyn Academy of Music in November.)

While never quite admitting what he did in life,  this  Jack  tells about his crushing disappointments with women, starting with his mother.  He pauses now and then — as sopranos sing with aching beauty of their abandonment, terror and fury — to strangle one of them.

For Malkovich fans, it’s a chance to see him at work in a project he’s had a big hand in from the beginning. (The character is based on the late-20th century Viennese strangler Johann “Jack” Unterweger, who served 16 years in prison for killing a string of prostitutes, was released, and promptly resumed his mayhem.)

For opera aficionados, it’s a chance to hear rare jewels of the dramatic soprano repertoire  accompanied by the period instruments of the Musica Angelica Baroque Orchestra.  Some of these numbers are actually scenes from operas that are no longer popular, or they are arias once intended to be presented at concerts.  Today one encounters these works mostly on historic recital albums by Dame Janet Baker,  Arleen Auger, Maria Callas and the like.

Meanwhile,  Malkovich is at work on another piece with the same creative team — writer and opera director Michael Sturminger and conductor Martin Haselböck.  The new project is not yet skedded for the U.S., but when it arrives Malkovich will be the famous lover Casanova, and this time he will sing!