‘An American in Paris’: It’s got rhythm, it’s got cool sets – and many brilliant things more 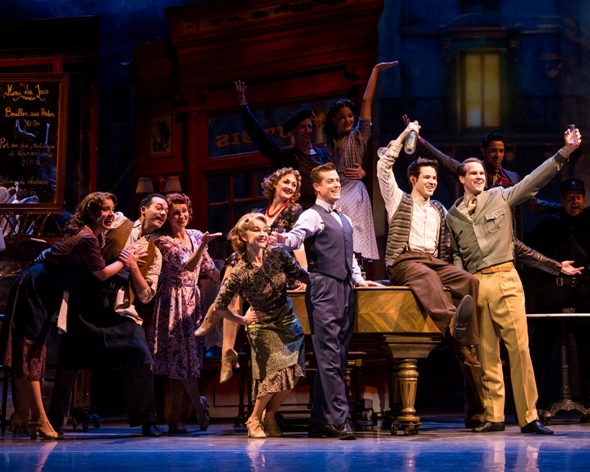 Review: “An American in Paris,” tour presentation by Broadway in Chicago, at the Oriental Theatre through Aug. 13. ★★★★

One might think it impossible to improve on the 1951 musical film “An American in Paris,” with the inimitable Gene Kelly and Leslie Caron romancing each other to the music of George and Ira Gershwin. But in re-imagining this G.I. love story as a Broadway ballet for a cast of 25, director-choreographer Christopher Wheeldon has given the beloved classic a thrilling energy boost. 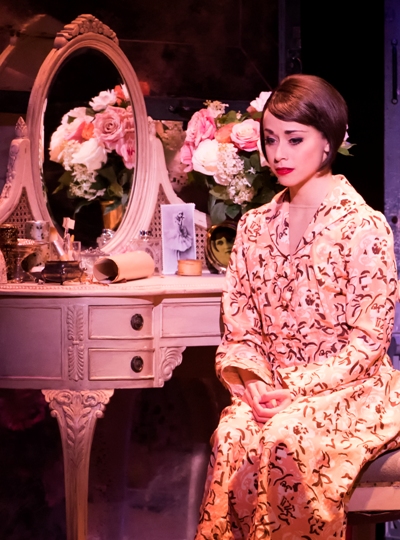 Even the chameleon-like props on wheels seem to shout “I Got Rhythm” in this multiple-Tony-Award hit from 2015 about a smitten American soldier competing for the love of a young French woman at war’s end. Dance delivers the emotional narrative in this high-tech conception currently at the Oriental Theatre. The show is midway through an extended national tour that began in October 2016 and will continue to 28 more cities through June 2018 at the very least.

Broadway performers have long been expected to act, sing and dance, too. But these particular triple threats are an unusual variety; they are superb at classic ballet (en pointe for the women) in addition to styles like jazz and tap — and they can also sing and act, of course. Such talent is rare, but apparently it runs in the family: Sara Esty, who dances with extraordinary delicacy, is the female lead, Lise Dassin, a heart-stopping French ballerina, mysteriously sad, who enchants three men. Also on tour is Esty’s identical twin sister, Leigh-Ann Esty, who plays many ensemble parts — and who occasionally steps into the lead role! Perhaps you can spot her, below. 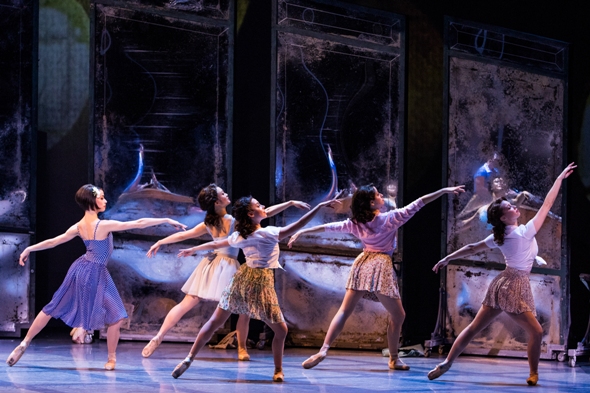 The swiftly moving tale involves Jerry Mulligan (McGee Maddox), a spirited American soldier who decides to tear up his ticket home so he can stick around Paris and seek fame as a painter. 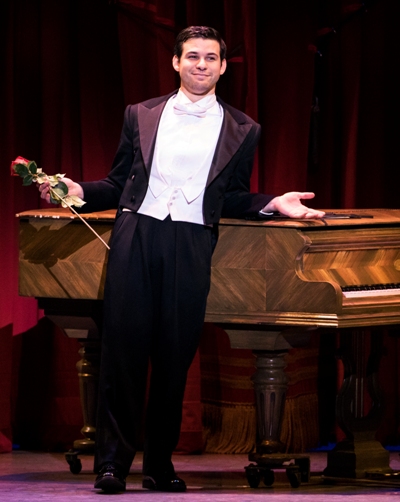 Jerry’s pal Adam Hochberg (Etai Benson) is also an ex-G.I. — and the show’s endearingly droll narrator — with a damaged leg, a war injury, but the fleet fingers of a concert pianist. Henri Baurel (the excellent tenor Nick Spangler) is a suave Frenchman whose parents hid Lise from the Nazis throughout the war.

The story is set in 1945, soon after Paris is liberated, and as such it has a darker tug than the film, which channels the sunny ’50s. This sombre Paris is in rubble and still dangerous for some; the city is starved for color and greedy for revenge, which is directed at a female Nazi collaborator in the show’s opening minutes. Lise’s life was in danger during the war because she is Jewish; and Henri seems destined for the married life of a closeted gay man at his mother’s urging. These are subtle threads slipped into a lush texture, notable because they were absent or handled with only the slightest of hints in the movie reflecting mid-20th century social mores. 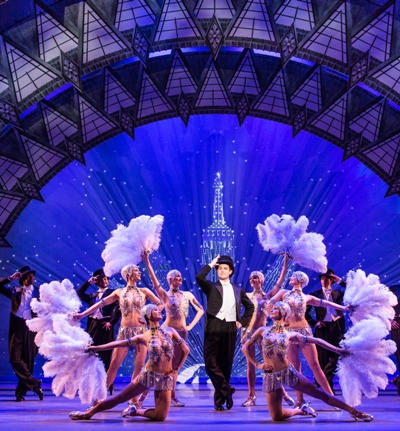 Props are constantly on the move, and there’s nary a surface that isn’t transformed continually by visual projections (created by 59 Productions) integral to Bob Crowley’s overall set design. Fool-the-eye stunts reach their wondrous height in the second act, when timid Henri admits he dreams of a life for himself on the New York stage. His scene-stealing metamorphosis — from a nervous novice in a dusty Paris bar into a Big Apple superstar in a blazing Art Deco arena — was a technical tour-de-force in the service of a slick bit of fantasy that would buck up any Walter Mitty or Mr. Cellophane.

Maddox, who recently joined the tour as Jerry, is a tall dancer with plenty of strength who can cut across the stage with flat-out amazing speed. If he and the very petite Esty are not always theatrically convincing together — if he has yet not completely become Jerry — his singing and dancing, more Apollonian than Dionysian, are good. The quick-changing ensemble is an impressive and smoothly running machine — their work alone is reason to see the show. 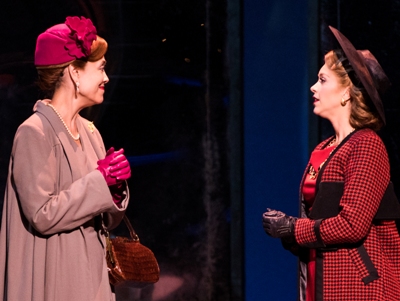 Prominent in the accomplished cast are Emily Ferranti as the brassy American art collector Milo Davenport, with, as it turns out, an acute sense of irony wrapped in a heart of gold; and Gayton Scott as Madame Baurel, Henri’s mother, whose ramrod straight adherence to formal convention disguises her history of exceeding bravery in a deadly time.

Director-choreographer Wheeldon also recast Tchaikovsky’s “The Nutcracker” for the Joffrey Ballet; it was an instant hit which premiered in December 2016 as a child’s fantasy set at the 1893 Chicago world’s fair. “An American in Paris” required even more re-invention; it was never actually a show of any kind in George Gershwin’s day. The composer died in 1937, nine years after having written a jazzy symphonic piece with no singing parts called “An American in Paris.” It was partially adapted for the dance sequence in the Gene Kelly movie, and the rest of the film was sprinkled with various George and Ira songs, including “I Got Rhythm,” “‘S Wonderful” and “Stairway to Paradise.” But a musical requires more music — a lot more. 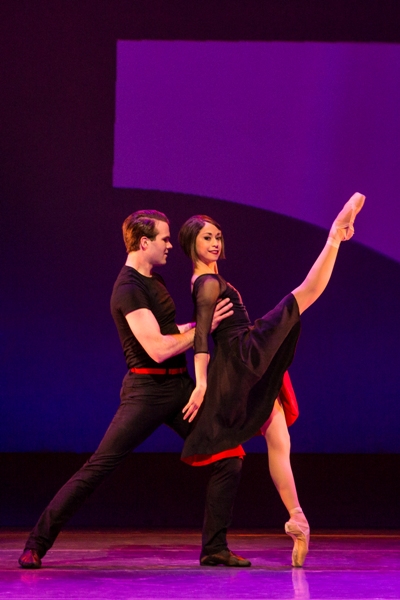 Wheeldon, along with book writer Craig Lucas and musical arranger Rob Fisher, added a wealth of Gershwin material to flesh out this story, aided by happily suitable songs such as “I’ve Got Beginner’s Luck” (for Jerry) from the Fred Astaire-Ginger Rogers film “Shall We Dance?” and “The Man I Love” (for Lise) from Broadway’s 1924 “Lady, Be Good!” starring Fred and Adele Astaire. There’s even a song called “Liza,” from a 1929 musical conducted by Duke Ellington and starring Ruby Keeler, that’s cleverly adapted for Jerry, who Americanizes Lise’s name by way of flirting.

But my favorite bit of recycling came toward the finale, when Adam, Henri and Jerry sing “They Can’t Take That Away From Me” as a gloriously wistful trio. To take nothing away from Fred Astaire, who sang it in the film “Shall We Dance” on the Jersey ferry while Ginger Rogers listened in silence, this number was a brilliant choice for that a moment of longing, remembrance and regret, before the show is allowed to dance toward its heady, happy end. 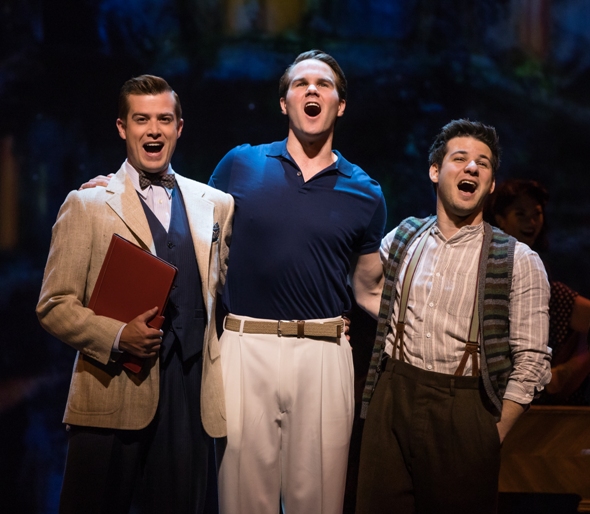