April 12, 2017 (Chicago) — Chicago’s own Jeremy Piven will lead an in-depth discussion with Gene Siskel Film Center Renaissance Award recipient Kevin Spacey at this year’s annual benefit “Kevin Spacey: Renaissance Man,” Saturday, May 13 at The Four Seasons Chicago (120 E. Delaware). This special evening begins with a cocktail reception followed by the featured discussion between Spacey and Piven paying tribute to the actor’s accomplishments on the screen while providing insights into his creative process and influences, favorite roles, upcoming projects and more. A retrospective of film clips from some of his most memorable performances will accompany the conversation highlighting his illustrious career. 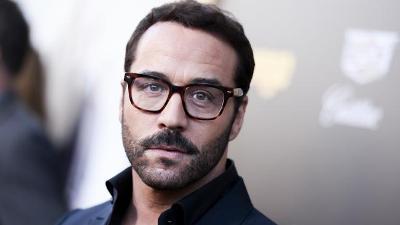 “It will be a rare treat to have Chicago native Jeremy Piven on stage with one of the most versatile actors of our time in what is sure to be a dynamic conversation between two gifted artists,” said GSFC Executive Director Jean de St. Aubin. “Both Piven and Spacey bring a unique charisma to each role they embody and I am sure that guests will be treated to that same charisma in addition to an evening filled with laughter, behind-the-scenes insight and possibly a few surprises throughout the night!”

Each year, the GSFC celebrates the art of film by honoring a filmmaker who advances the art of cinema. Past Renaissance Award honorees have included some of the most respected actors and directors working in the film industry today, such as William H. Macy and Felicity Huffman, Michael Mann, Nicole Kidman, George Lucas, Robert Downey Jr., Jamie Foxx, Reese Witherspoon, Gwyneth Paltrow, Morgan Freeman, Mark Ruffalo and Scarlett Johansson.

The benefit is co-chaired by longstanding GSFC supporters and Advisory Board members Eda Davidman and Melissa Sage Fadim. The chair of the GSFC Advisory Board is Ellen Sandor. All proceeds support the Gene Siskel Film Center’s curated film programming as well as lecture series and discussions with visiting scholars and filmmakers. This programming provides the opportunity for students and the Chicago community to experience the best in film presentation. The annual fundraiser is the primary event that ensures that the GSFC can continue to present the highest quality films and film-related events in Chicago.

The Renaissance Award was designed specifically for the Gene Siskel Film Center by R.S. Owens & Company, creator of the Oscar® statuette.

In 2005, Piven returned to his theater roots starring in the Off-Broadway hit “Fat Pig” by Neil LaBute, for which he received a Distinguished Performance Honor from the Drama League. He also appeared as Bobby Gould on Broadway in “Speed-the-Plow.” As a child growing up in Chicago, the eight-year-old Piven climbed on stage at the Piven Theatre Workshop, founded by his father, Byrne, and mother, Joyce Piven. He is still very active with this workshop and returns to Chicago frequently to help keep his parents’ dream alive.

About Kevin Spacey
Award-winning producer and actor Kevin Spacey currently serves as executive producer and stars as Francis Underwood in the Netflix original series “House of Cards.” Spacey has won Academy Awards® for his performances in “The Usual Suspects” and “American Beauty.” He was most recently seen opposite Michael Shannon in “Elvis & Nixon,” and will next be seen in “Billionaire Boys Club,” Edgar Wright’s “Baby Driver” and “Rebel In The Rye.” Through his former production company Trigger Street, he produced “Captain Phillips” starring Tom Hanks, “The Social Network” and “21.” For television, he produced “Recount” and “Bernard & Doris” for HBO, both of which garnered double-digit Emmy Award® nominations. For more than a decade, Spacey served as the Artistic Director of The Old Vic Theatre Company in London where he also appeared on stage in productions of “National Anthems,” “The Philadelphia Story,” “Speed the Plow,” “Inherit the Wind,” “A Moon for the Misbegotten” and the acclaimed production of the one-man show, “Darrow.” He won the Evening Standard and Olivier Awards for Best Actor for his role in “The Iceman Cometh,” as well as a Tony Award® for Best Supporting Actor in Neil Simon’s “Lost in Yonkers.” Spacey has also starred in the Broadway and West End productions of “Long Day’s Journey into Night,” opposite his mentor Jack Lemmon; as well as the title role in the Sam Mendes production of “Richard III,” touring to 12 cities around the world as part of the three-year Old Vic/BAM/Bridge Project. Spacey has often launched initiatives to help young people get their start in the competitive worlds of film and theatre, including: The Kevin Spacey Foundation, which offers support to young actors, writers, directors and producers; and the short film competition “Jameson First Shot,” awarded writer/directors from South Africa, Russia and the US, Canada and other countries with the opportunity to direct a short film starring a major actor. Most recently Spacey was awarded an Honorary Knighthood and was made a CBE (Commander of the British Empire) by Her Majesty the Queen for his work at the Old Vic, and in education and philanthropy.

Tickets and More Information
The Gene Siskel Film Center of the School of the Art Institute of Chicago proudly presents the Renaissance Award Gala in honor of Kevin Spacey Saturday, May 13 at Four Seasons Hotel Chicago, 120 E. Delaware Pl. Single tickets range in price from $500 to $1,000 (VIP). Table sponsorships range in price from $10,000 to $50,000. Call (312) 846-2072 for tickets, tables or more information.

About the School of the Art Institute of Chicago
For more than 150 years, the School of the Art Institute of Chicago (SAIC) has been a leader in educating the world’s most influential artists, designers and scholars. Located in downtown Chicago with a fine arts graduate program consistently ranking among the top programs in the nation by U.S. News and World Report, SAIC provides an interdisciplinary approach to art and design as well as world-class resources, including the Art Institute of Chicago museum, on-campus galleries and state-of-the-art facilities. SAIC’s undergraduate, graduate and post-baccalaureate students have the freedom to take risks and create the bold ideas that transform Chicago and the world—as seen through notable alumni and faculty such as Michelle Grabner, David Sedaris, Elizabeth Murray, Richard Hunt, Georgia O’Keeffe, Cynthia Rowley, Nick Cave, Jeff Koons and LeRoy Neiman. www.saic.edu