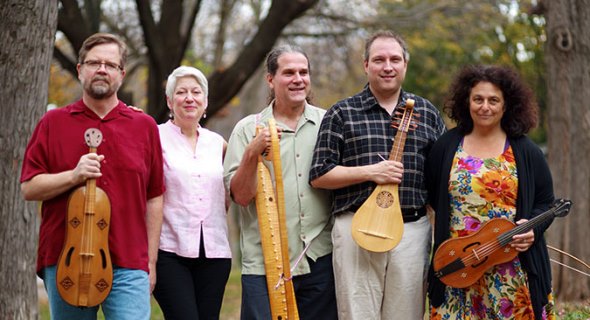 For the perennially devoted followers of the Newberry Consort, which this season celebrates its 30th anniversary of presenting concerts of music from the Middle Ages to the Baroque, the concert experience is a beguiling paradox: entertainment that’s very old and yet at the same time quite new.

“For us, and we believe for our audience, this music is essentially about the thrill of exploring,” says Ellen Hargis, the Newberry Consort’s co-artistic director. “There’s something really exciting about listening to music with fresh ears, without expectation. 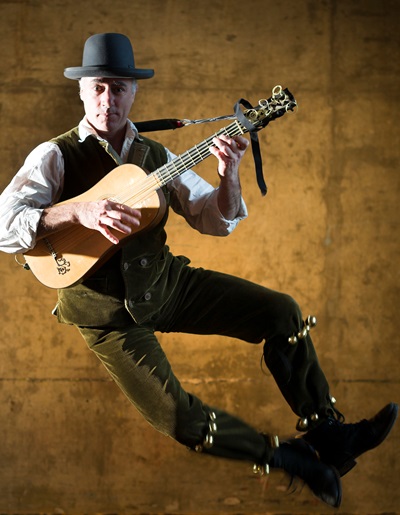 “I like seeing something I know as much as the next person. But going back into cultural history changes your world view. It’s not just about music. We have no aural history of this music, so we must glean information from the broader picture. We look at the poetry to understand how the music is constructed, and by replicating the instruments we gain some insight into how the music must have sounded. That’s what I find so interesting – these interrelated parts, this universe of rich possibilities.”

Yet, while Hargis and her fellow performers bring the scholar’s zeal for historical accuracy to their concerts, their wish for their listener is simply a good time. “It’s not an intellectual exercise for our audiences,” she says. “By doing all this back-story work, we enrich the context, but we want people to just sit there and enjoy it. I don’t even write stuff like that – the geek joy — in the program notes. We just want to entertain.” 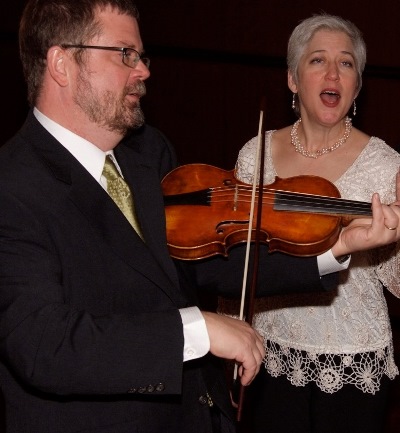 This anniversary season the Newberry Consort is presenting three such historical entertainments with the intriguingly succinct titles of “The Clown,” “The Count” and “The Queen.” Each program receives three performances in as many venues – at the Newberry Library and on  the two college campuses where the consort holds residency status, Northwestern University in Evanston and the University of Chicago in Hyde Park.

The Newberry’s concept of scholarly amusement, with bold-face emphasis on the second half of that phrase, was delightfully exemplified by the season curtain-raiser Oct. 21 at the library: an evening of “jigs” that gave hilarious new meaning to the term.

In Elizabethan theater, a jig was a comedy – low, bawdy and brief – that might follow a play performance. Imagine: “Hamlet,” topped off by a romp about some poor cuckolded fellow, filled with double entendre and salacious sight gags. All with an added fillip of skilled dancing by a star performer. The biggest such comic star whose name has come down to us from the Shakespearean stage was Will Kemp, the very “clown” of the Newberry’s ambitious show. 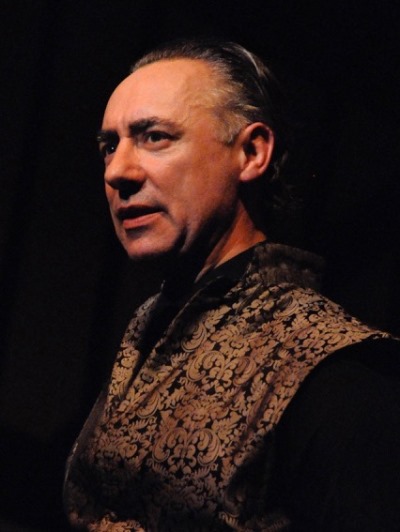 And here to portray Kemp was a British master of the style, Steven Player, a lean middle-aged man of, well, Olympian energy, agility and spring. Besides bounding about the stage, folding himself into a trunk (like the Bard’s Falstaff) and gleefully squeezing tush (so of the moment!), Player’s Kemp quick-stepped his way through several jaunty tunes offered by the Newberry’s period-instrument ensemble led by David Douglass, the consort’s co-artistic director and master of diverse violins and viols.

The whole affair provided a vivid and most unusual glimpse into Elizabethan entertainment. And the host consort even provided its table-seated guests complimentary glasses of wine – a fit facsimile of old Sir John Falstaff’s beloved sack.

Next up this season is a concert devoted to the music of Oswald von Wolkenstein, a poet and composer of the early 15th century. That program (Jan. 13-15, 2017) will feature the return of Newberry Consort founder Mary Springfels along with countertenor Drew Minter, a longtime friend of the ensemble.

The season closes March 3-5 with a program that centers on the remarkable figure of the 17th-century Swedish Queen Christina – who dressed like a man and at an early age abdicated to pursue life in the wider world. Musically, Christina’s world included some of the foremost figures of her time, Arcangelo Corelli and Luigi Rossi among them. The Newberry Consort will trace the life of one of history’s most idiosyncratic monarchs.