Interview: As an Iraqi translator for U.S. military, Jethmalani projects pain and guilt in Rajiv Joseph’s “Bengal Tiger at the Baghdad Zoo,” at Lookingglass Theatre through March 17

The play is called “Bengal Tiger at the Baghdad Zoo,” and while there is indeed a tiger in it – dead for most of the story, wafting in and out of view as a ghost – our sympathies are not with the spectral creature but with an Iraqi gardener brought to heartbreaking life by Anish Jethmalani at Lookingglass Theatre.

One’s memory is haunted by the complexity of Jethmalani’s portrayal of this troubled character called Musa, the talented sculptor of a topiary garden who is forced by the circumstances of war into a new occupation as translator for the invading American forces. In Jethmalani, we see a good soul endure unspeakable pain to arrive at a violent transformation. 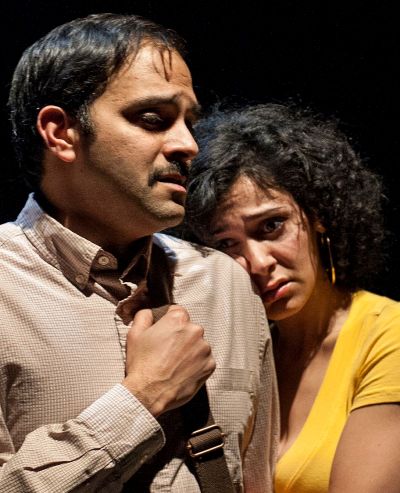 “Musa is a product of his environment,” says the actor. “He’s caught between the world he would like to live in and the world he’s forced to live in. As an Iraqi at the time of the U.S. invasion, in 2003, you had few choices. You were either someone under (political) pressure as a civilian being liberated or you were against the foreign powers coming in.”

What we witness in Jethmalani’s eloquent and finely gauged performance is the deconstruction of a gentle man as he is buffeted the winds of war and the shattering memory of personal loss.

The horror Musa relives daily, as if in an unremitting nightmarish dream-state, is the rape and murder of his sister at the hands of Saddam Hussein’s famously vicious son Uday. But in the play, Uday has been killed: It is his unrepentant, taunting ghost that keeps recharging Musa’s agony – that, and the gardener’s own guilt, for in part Musa is responsible for his sister’s terrible end.

Jethmalani, a Chicago native who studied theater at Loyola University and Oxford University in England, credits playwright Rajiv Joseph with creating a richly textured script that allows the actor to tap into Musa’s humanity.

“He gives you such room to really explore,” he says. “Every night we’re finding something new. I feel like audiences will never see the same show twice. It’s a world of the surreal versus the real, the world of the dead versus the world of the living, the dead haunting the living. In the largest sense, it’s about any life journey and those times when we think we could have done something to right a wrong – and you keep on looking for one more opportunity.  But it’s futile because the wrong is in the past. You can’t change that.” 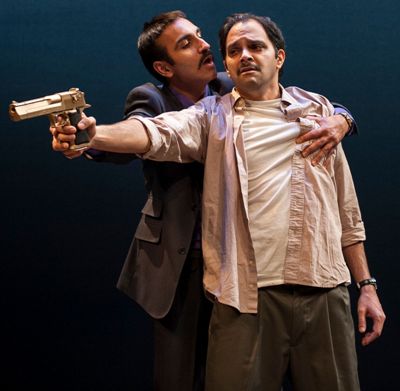 Jethmalani says he found the essence of Musa’s destruction in the character of Uday Hussein, played by Kareem Bandealy. The two actors also played opposite each other last season, in a far more sympathetic relationship, as brothers in Harold Pinter’s “The Caretake” at Writers’ Theatre.

“In this recurring dream, Uday becomes the embodiment of Musa’s destiny,” says Jethmalani. “The play really has Shakespearean elements. The characters and events are larger than life. Here, it’s like watching a train wreck that keeps happening over and over. But there’s no good way for Musa to turn.

“I recently met a young man from Iraq who had just come to the States a couple of years ago. It was fascinating to hear him talk about the American invasion. Most of the folks there cheered the fall of Saddam. Then, as time marched on, opinions changed and the people began to regret the presence of the Americans. Saddam had created a sense of order, and when the U.S. came in, all of that was thrown out, to be replaced be chaos. This man said he preferred Saddam’s leadership.” 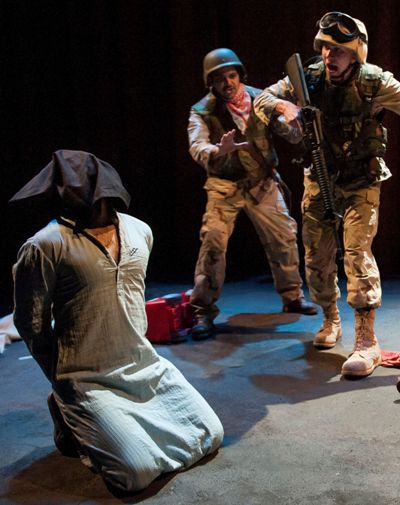 Musa discovers that the two Marines he’s assigned to,  ordinary soldiers with their ordinary self-interests and frailties, are not so different from his native oppressors. As Musa nears his own breaking point, says Jethmalani, he sees himself damned no matter what he does.

But before Musa plunges off we know not where to do we know not what, he encounters the Tiger, or rather the Tiger’s ghost, which has spent the play patiently searching for God. When the insubstantial beast – which in anthropomorphic form periodically muses aloud on the nature of God — beholds Musa, it assumes the gardener is the long-sought God.

“It is the endgame of the Tiger’s journey,” says Jethmalani. “It’s also an utterly passive engagement, just two people talking, trying to understand one another. The Tiger becomes Musa’s sounding board as he struggles with the question of what to do. For the Tiger, it’s just another futile moment – though, in that sense, it’s also perhaps his moment of self-realization. Musa insists he is not God, so the Tiger must conclude that perhaps, after all, God does not exist.” 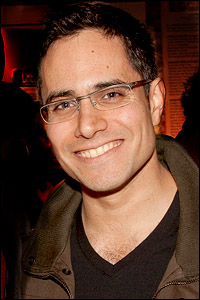 The pervasive subtext of “Bengal Tiger” is the dubious distinction between man and beast. Who, Jethmalani asks rhetorically, becomes the real animal in the end?

“Musa is a bit innocent and naïve,” the actor says. “He has a very gentle nature, but he evolves into someone who becomes terribly violent and torn. In talk-backs, audiences often ask what the ending means. I prefer to keep it open to interpretation, a little bit ambiguous. What I think you can say is that it’s a quest for redemption.”