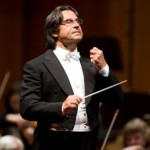 With Riccardo Muti now into his second season as music director of the Chicago Symphony Orchestra, there can be little doubt as to what the 70-year-old conductor has brought to the CSO, or how maestro and musicians will get on together.

Last week’s season opener delivered a thrilling Tchaikovsky Fifth Symphony — impassioned, luxurious and refined — that spoke volumes about Muti as conductor and musician. Here was one of the most familiar works in the repertoire made astonishingly new. The season ahead is likely to hold many such rediscoveries.

It isn’t every conductor who instills genuine excitement at the very prospect of revisiting music you’ve heard a thousand times. But there’s good reason to anticipate Muti’s perspective on the likes of Mendelssohn’s “Italian” Symphony next week, Orff’s “Carmina Burana” in January, Franck’s Symphony in D minor and Schubert’s “Great” C Major Symphony in February, Brahms’ Symphony No. 2 in March and Beethoven’s Fifth Symphony in June.

Muti is always surprising, always re-imagining the familiar and making it new. He sees deep into the inner workings of a score, where the secrets of creative greatness usually lie. Musical genius, whether in composition or interpretation, is in the details, and that is where Muti separates himself from many another accomplished and admired conductor. He connects the dots with the flair and daring of poet and dramatist in one.

He is also capable of delivering the big dramatic gesture, as in the grand peroration that crowned his Tchaikovsky or the macabre frenzy with which he capped off Berlioz’s “Symphonie Fantastique” last season. Essentially, every one of Muti’s performances is an operatic experience, words or no.

And therein lies the key to what makes this conductor so engaging, so illuminating. It’s not entirely about insights honed in front of symphony orchestras. Muti comes to the concert hall with an old-school advantage. He follows in the footsteps of Arturo Toscanini, Otto Klemperer, Bruno Walter, and certainly Gustav Mahler, as a product of the opera house.

Time was when the upward path of every important conductor could be traced back to the opera  pit, where the singing line is preeminent and musical balances have to be adjusted and readjusted across an elaborately woven fabric of instruments and voices. Muti stands in that tradition; indeed, he enjoys general esteem as one of the world’s most distinguished opera conductors.

One could point back to the CSO’s splendid concert performances of Verdi’s “Otello” under Muti last spring at Orchestra Hall, and subsequently at Carnegie Hall in New York , as evidence of the conductor’s particular operatic gifts. But no less reflective of that mastery – his sense of line, voicing, narrative structure, rhythmic inflection –  was last week’s Tchaikovsky Fifth, or indeed Muti’s program early last season of Mozart and Haydn symphonies.

Not surprisingly, Muti the opera conductor has a natural penchant for programing vocal works in the concert hall. This season will bring the Cherubini Requiem, Shostakovich’s “Suite on Verses of Michelangelo Buonarroti” and Schoenberg’s “Kol Nidre.”

Some or all of these works may be actual discoveries, even for seasoned concertgoers. They’re also likely to be gratifying voyages to places Muti knows well. Places in his heart.