As if running up a banner announcing its annexation of the New World – where, of course, it is located – the classically oriented American Players Theatre in Spring Green, Wis., opens its 2014 summer with a new commitment to Americana, leading off with no less bracing a representative than David Mamet.

This is not to say that APT, created in 1980 for the express purpose of doing justice to Shakespeare, is veering away from the Bard or other iconic playwrights of European provenance. While opening day, June 14, brings Mamet’s hard-edged “American Buffalo” to the 200-seat Touchstone Theatre, it also promises the urbane delight of Oscar Wilde’s “The Importance of Being Earnest” at the 1,148-set, open-air Up-the-Hill Theatre.

As for Shakespeare, APT’s first flush of plays this summer includes “Romeo and Juliet” and “Much Ado About Nothing,” both in the outdoor venue whose elemental aspect pays homage to the performing arenas of the Bard’s own time.

Still, the news out of Spring Green is a two-fold change – of face and pace: Iowa native Brenda DeVita succeeds native Brit David Frank as artistic director, and with her comes APT’s widening agenda for American theater. While the company has staged American works before, notably Arthur Miller’s “All My Sons,” DeVita plans to spice the stew with more frequent doses of American masterworks.

“This is my heritage,” she declares in an interview with Chicago On the Aisle. “The idea is simply to explore other kinds of great plays. I know it’s a cliché, but it’s also true that if you’re good at Shakespeare, you’re good at anything. It is all about language – the specificity of the word. That is our focus and we will never change that.”

A 20-year veteran of APT, much of that time as Frank’s artistic assistant and in recent years his full-fledged collaborator, DeVita insists it really doesn’t matter whether the play at hand comes from Shakespeare, Chekhov, Shaw or O’Neill, the challenge remains the same. 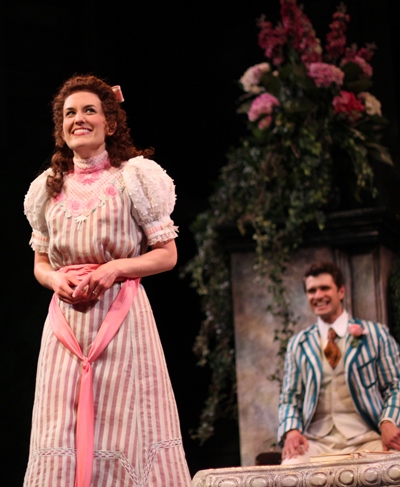 “Ever since this place opened in the middle of nowhere, actors have come here to work for (almost) nothing and deal with the bugs in an endless quest to achieve perfection, knowing they will never get it completely right – to fail continually and yet keep on trying. And every summer, 100,000 people come to share in what we have managed to accomplish.

“It’s all about respecting what language can do to people when they receive it in a way that’s dramatic. This is the legacy of our founding to stage the plays of Shakespeare, and it remains our passion to this day.”

Here in brief is a look at APT’s complete lineup for 2014: 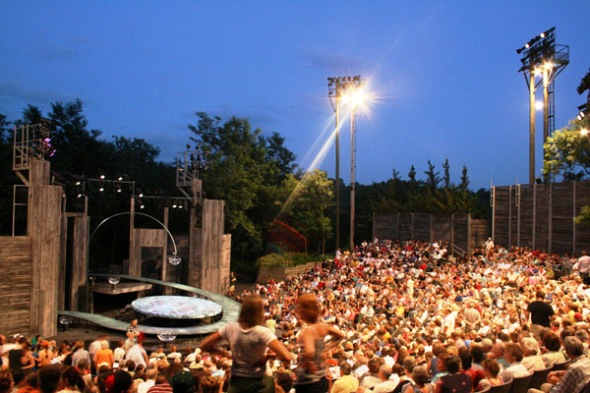