After Leif Ove Andsnes’ headlong plunge into the presto finale of Beethoven’s “Appassionata” Sonata, which wrapped up his electric recital Sunday March 16 at Orchestra Hall, I could not help reflecting on what an extraordinary pair of back-to-back coincidences the Symphony Center piano series has offered. 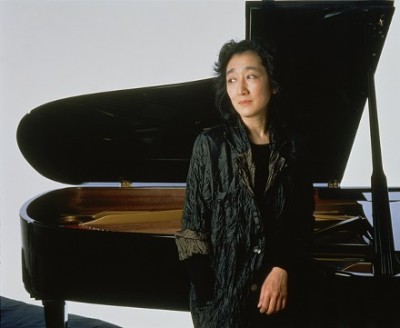 Now came Andsnes’ physically exuberant all-Beethoven program — an ingenious traversal from Op. 22 to Op. 101, from Beethoven at age 30 to Beethoven at 46 — following one week after the Japanese-British pianist Mitsuko Uchida’s fiercely poetic reading of the “Diabelli” Variations. Beethoven finished those at 53, his greatest effort in the variation genre and one of the finest artistic creations of all time.

Andsnes and Uchida offered such a temperamental contrast that I would have been happy to hear them sit right back down and play each other’s programs. Andsnes is 43, strong, brilliant and unapologetically virtuosic. He played the etheral passages as delicately and beautifully as anyone, but there are few who can do what he did in the finale of the “Appassionata,” which took the Allegro at a speed many pianists only arrive at after the demonic acceleration into the fury at the end. One doesn’t need to play it that fast, of course. But to hear Andsnes start out at that speed, and to know of the breakneck tempo that is coming round the bend, was to hang on for certain thrill, and the crowd roared its pleasure.

By contrast Uchida was rarely in a hurry, nor was her physical strength such that it operated in Andsnes’s extended dynamic range. Her tone had a glassy clarity, her personality a sublime intensity that worked its wonders in its own, very different, way. She was also ready with that extra gear, of course. In her case it was an almost other-worldly one. When she launched into the final variations of Beethoven’s hour-long opus, which the composer had built out of mundane musical bits from a commonplace little waltz, one realized how valuable Uchida had been as a guide, how carefully she had prepared the listener for the massively exquisite paradox that the work had become, an audacious transfiguration that had broken free of the classic forms and of the piano itself. (Uchida is still in Chicago this week. She performs the Schumann Concerto with Riccardo Muti and the Chicago Symphony Orchestra March 20, 21 and 22.) 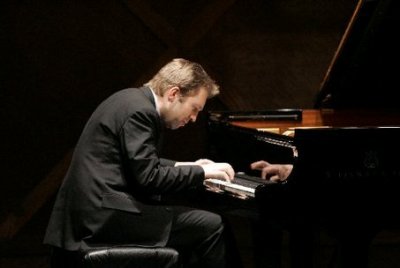 Andsnes included two relatively early Beethoven works, giving a dynamic account of the Op. 22 Sonata in B-flat, one of the audacious compositions in the classical style with which the busy 30-year-old composer, as performer, was making his mark with the Viennese aristocracy. Beethoven would write the Six Variations on an Original theme in F major, Op. 34, two years later, in 1802, the same year that he suffered a crisis of distress over his worsening health and loss of hearing. In the so-called Heiligenstadt Testament, Beethoven promised himself not to be pulled down by his infirmities, and he launched into a feverishly productive accelerando of composition that produced the Op. 34 variations along with a dozen piano sonatas, the second through fifth symphonies, the fourth and fifth piano concertos, the violin concerto and the opera “Fidelio.”

If the connection to Haydn and Mozart is still apparent in the bristling classicism of the 1800 work, we can hear in 1802 a variation form that’s beginning to take off, harmonically chomping at the bit, urging itself beyond the clever finger decorations that closely follow the contour of the theme and brazenly modulate through half a dozen keys, a hint at the greater explorations to come. Indeed Beethoven would write dozens of theme and variation sets during his life, sometimes as stand-alone works, sometimes as segments of larger works. It led him to the kind of writing that Andsnes so warmly revealed in the great Op. 101 Sonata, written in 1816, when Beethoven was 46, at the onset of his last great phase.

Andsnes shares Beethoven’s fascination with the ever-smaller thematic fragments, their endless transformations and ever-freer harmonic dissolves that shattered classical boundaries with such unbridled creativity. This was music with the future in it, and even though Andsnes was sitting at a piano bench and running his fingers over piano keys, the sounds that came out were often beyond pianistic. If you had heard the sonorities of a string quartet, an orchestra, a military band, some hunting horns, celestial laughter and a whole spectrum of otherworldly sounds, you would not have been alone.